Via @debcha‘s always excellent #dailyidioms tweets and their associated annotated Tumblr comes word of new reconstruction of the Permian shark Helicoprion. The shark is almost exclusively known from it’s spiral dentitition – yes, you read that right. The fossil tooth spirals have been known for over a hundred years and have been placed everywhere – upper jaw, lower jaw and even just in front of the dorsal fin. I ran across the name of a favorite artist as I read through the Smithsonian post Deb linked to – Ray Troll (excellent name for a fish-obsessed guy, methinks). A’surfing I went; I thought I’d post a some of the pictures I found, ending with Mary Parrish’s work for the Smithsonian NMNH.

A reconstruction from the Fossil Wiki – note that the teeth grow from the inside out and thus the smaller teeth are older and get wrapped into the center of the spiral. Seems like the teeth would need to replace themselves very slowly for this to work (not a show stopper – apparently Permian sharks replaced teeth more slowly that modern sharks do). 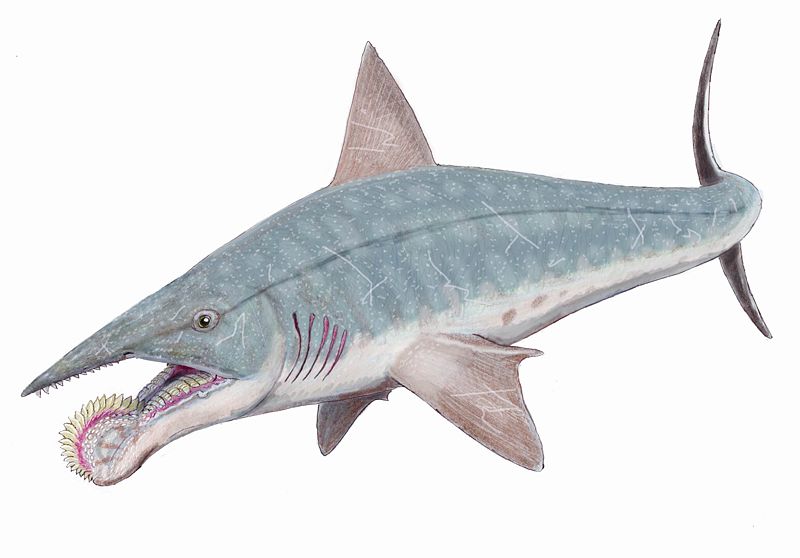 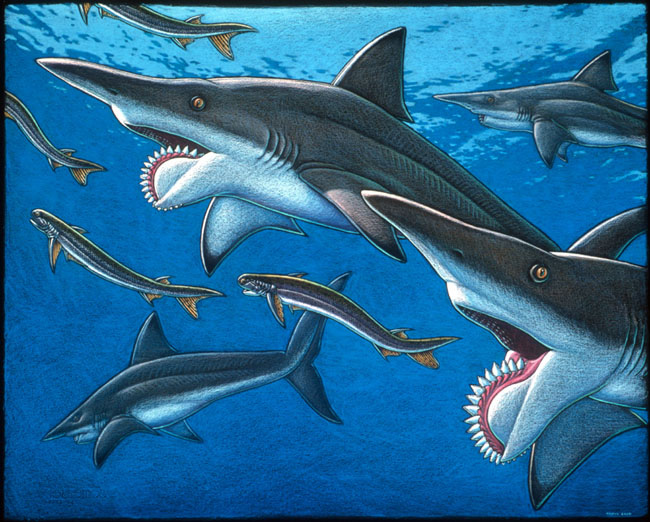 Ray has another page with some thumbnails of a few of the other proposed arrangements – bizarre, but the starting point is pretty weird, so I’m not going to fault anyone. 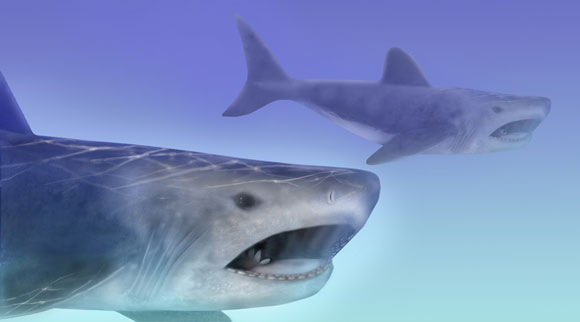 Where then does the dentition reside? A possible position is the throat cavity; this cavity could accommodate the dentition’s spiral form, and the dentition would not be subjected to the wear and breakage from biting prey that would occur in a jaw position. In the throat cavity, this dentition was probably supported by the cartilage between the basal margins of the right and left gill arches in sharks. New teeth for the spiral dentition probably originated on this basal cartilage. The teeth may be modified pharyngeal denticles, which occur on the gill arches and basal cartilage in sharks and other fishes. As a throat dentition, when the shark opens its jaws, the teeth would be presented to grab prey entering the mouth cavity. Closing the jaws, the teeth would move the prey toward the esophagus. This type of dentition would work well for catching soft-bodied prey. *