I’ve been interested in kite aerial photography almost as long as I’ve been on the internet. I’m not sure how I got there, but I remember falling over Prof. Benton’s KAP page back in the days of usenet and listservs. I’ve flown a couple different kinds of drones, but the notion of a kite as the camera’s skyhook never stopped being attractive. As I thought about camera equipment for the trip, a KAP rig immediately suggested itself. Drones are heavy and power hungry; kites are neither of those things. I got the stuff together and yesterday – a day of 20 mph+ blustery winds – was the first sky trial.

KAP requires 3 things: a kite (and line obv), a camera with some sort of automatic or remote triggering capability, and a way of hanging the camera off the kite string. I already had a GoPro; they come with wireless capabilities and a phone app to control them. The kite was easy, too. Though I already had an old parafoil kite, I ordered a larger one (for better light wind lifting) with a monster tail (for stability). The last bit, the camera/kite interface, is interesting. I’m using a picavet (or picavet cross if you prefer). It’s named after its inventor, Pierre Picavet, who came up with the notion in 1912. Side note: the history and longevity of KAP is another thing that attracts me. 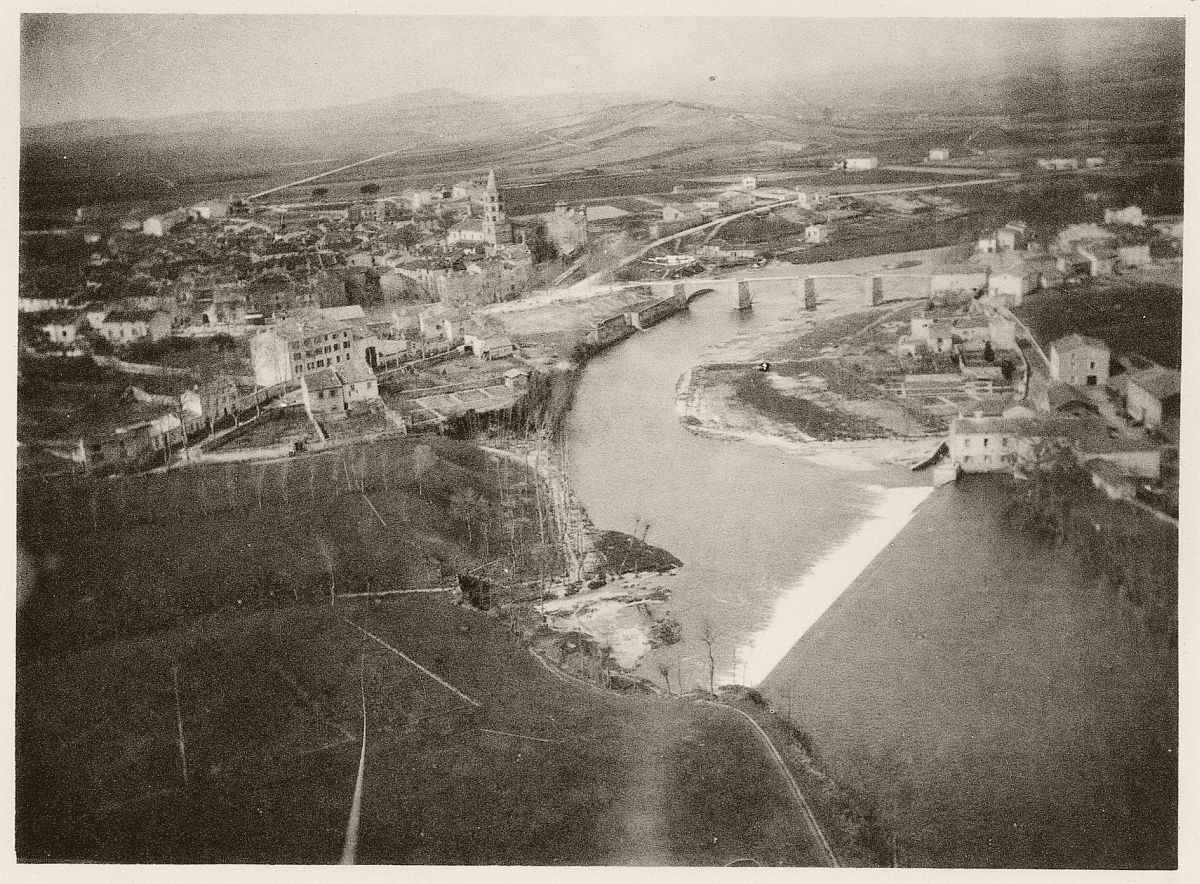 Here’s my picavet on its way up: 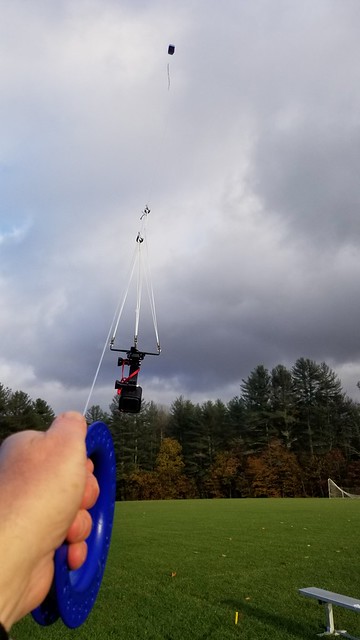 But I am getting ahead of myself. Yesterday was the first day that all the elements were in place: good wind, no rain and all the components rigged and ready. So off I went to a nearby (sodden) playing field complex. When I got there, I discovered that I wasn’t the only person with kites on their mind. This person was doing some dry land kite-boarding practice. 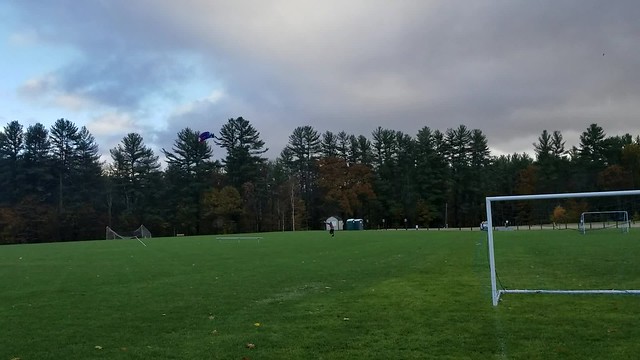 We spoke briefly – I wanted to make sure I didn’t get in his way – and I walked off to a different corner of the field. He left soon after; the wind was strong and out of the corner of my eye I saw him execute a nice landing after getting pulled a combined Olympic long/high jump distance by his kite.

I had a good time and came away having learned a few things: a mark of a successful outing in my book.

Here’s some barely-edited footage of the first flight; not great but there’s nowhere to go from here but… wait for it… up. 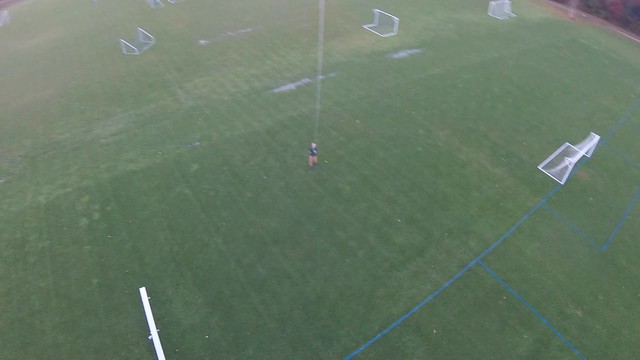 Logistics note: I’m planning on posting video to both Flickr (esp after they open up the time limit to 10 minutes) and Youtube. I realize there’s angst on the internet over how SmugMug/Flickr is handling the free account downgrade. I’ve had a Flickr Pro account for a long time for exactly that reason: lack of trust in the permanence of free internet services. And so the thing I pay for (Flickr) will be the primary drop and the “free” thing (Youtube) will be there as a secondary source.