Two empires meet in one of the most interesting places on the planet.

First up – and oldest – the kukri. I first encountered this knife in the classified ads of Field and Stream, Outdoor Life, etc. back in the days when the ads also featured squirrel monkeys (I wish I could remember the name of one importer – I had a price list – their motto was “xx years in the monkey business”) and get rich quick chinchilla ranching schemes. In spite of that somewhat inauspicious intro the kukri immediately took it’s place in my little pantheon of cool edged tools and never left. The origin of the kukri is open to debate – my favorite theory is that Alexander the Great brought it east (the kopis) when he invaded India. Tying Alexander’s empire to a more recent one are, of course, the Gurkhas. A more indirect link to someone of note – the kukri is also common in Kumaon – Corbett, anyone?

What to match the kukri with? The Martini-Henry rifle is one candidate, but I’m going with something that could hang on a web belt near the knife – the Webley Revolver. More even than the Martini, the Webley, in a service holster with a lanyard round the officer’s neck, is for me the essence of British colonial militaria.

There you have it – Alexander and Victoria meet in northern India and Nepal as Daniel and Peachie are tromping through the Khyber pass on their way to Kafiristan. A picture from much later showing a Gurkha paratrooper kitted out with what I’m assuming is a Webley – the kukri is there – you just can’t see it. 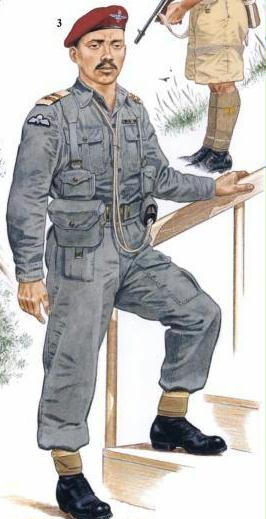 Fun fact – the pistol Sean Connery carries in his finest film role – as Zed – is a Webley-Fosbery Automatic Revolver (automatic revolvers are, IMHO, a solution in search of a problem, but interesting nevertheless).