(h) those that are included in this classification*

I twote recently that I’d had a bit of semi-dreamtime inspiration: William Gibson is a nature writer. I think a case can be made for it and friends are curious about what the heck I’m yammering about, so here goes.

I’ve said it before – I’m not wild about the natural/human distinction. Yes, it’s obvious and oftentimes useful but it also facilitates a lot of delusional and destructive behavior. Allow me to repost a population/time graph: If we convince ourselves that we’re different, not ‘natural’, that the rules that apply to every other critter on the planet don’t apply to us (because we’re the crown of creation) we can ignore the obvious population dynamic conclusions suggested by the graph (crash). Our ‘us and them’ outlook gets in the way less dramatically as well – Pollan’s The Botany of Desire does a great job looking at domesticated plants from a plant’s eye, co-evolutionary standpoint. It’s not solely about us.

That being said, there do seem to be some things that make us different from our nearest relatives (posting on blogs could be one). E. O. Wilson suggests in The Superorganism that there are 3 entities one must keep an eye on when examining the evolution of social insects – the gene, the individual and the hive/nest/mound/superorganism. If you buy in to the notion of culture as an area where selection can occur (as in meme, etc.), one could build a similar triplet for H. sapien. Regardless – the fact that we can externalize and transmit information so well is one big adaptation that’s made us so (so far) successful. [aside] Looked at from this perspective, the made world – from Toyota to Tolstoy – is a natural phenomenon. Yes, we and our stuff are changing planetary systems, but that’s happened before – that exempts us neither from other natural processes nor from being a natural process ourselves.

All of the above is a perhaps overlong argument for being pretty relaxed about the  natural world/made world distinction. Given that, Gibson as nature writer becomes a lot easier to accept. I’m using ‘nature writer’ here as a pretty inclusive category – one who write stories, as Norman Maclean said, with trees in them – tales where the exterior world is noticed and plays a part; where the environment is included in an important rather than peripheral way.

I’d recommended Spook Country to a friend and she responded that it felt like there was a lot of ‘stuff’ in it – I think she may have used the phrase product placement. “Hmm”, said I; though I’d noticed the presence of the world of things in both (at that point) of the Bigend books, it had never jumped out at me. I’d accepted the world as described by Gibson – because of my made/natural suspicion? Because the things he described tended to be interesting and in some consumerkulturny way, charismatic? Dunno. I read his latest – Zero History – last week (rippin’ tale, BTW) and had T’s comment floating in the back of my mind when I opened the book. The second paragraph:

Pearlescent silver, this one [taxi]. Glyphed in Prussian Blue, advertising something German, banking services or business software; a smoother simulacrum of its black ancestors, its faux-leather upholstery a shade of orthopedic fawn.

I’d be quite satisfied with a similar description applied to a startled woodchuck bolting for its hole as our natural-world-only protagonist walks across a farmer’s corn field. And that’s the thing – Gibson’s Bigend books are set in cities, in the world of made things, ideas and human generated external info flows. He describes the environment his characters are embedded in with the care any good author who writes books with trees and multilevel parking garages in them would. 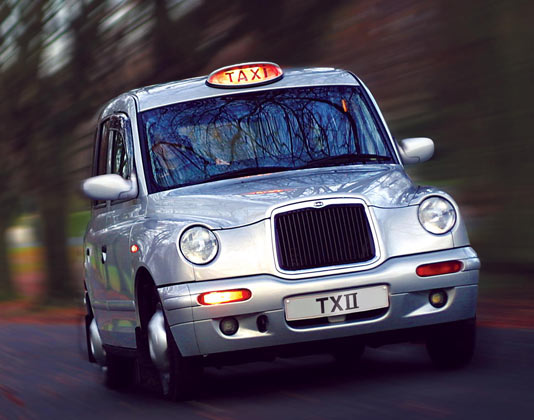 I’m not sure it’s coincidental that the title of the first book – Pattern Recognition – evokes one of my favorite ‘in the woods’ phenomena – something that I’ve heard called native vision. Native vision is the trained pattern recognition that allows a local to pick a whitetailed deer out of the jumbled shapes of the fall woods, where someone who didn’t know that kind of woods wouldn’t see a dang thing.

I may write more on the topic – or I may hear back that this is all BS and I should stop before I embarrass myself further – but I wanted to toss this out sooner rather than later. Comments more than welcome…

[aside] One of the concerns Ray Kurzweil brings up in The Age of Spiritual Machines is that there seems to be room for one species in a given niche. He speculates that self-awareness may define a niche – so what happens to us when we create intelligent AIs? [Skynet, that’s what.] It’s of interest to me that there are MANY species of social insect – clearly superorganism is not a niche – why would we jump to the conclusion that self-awareness and externalizing info was one as well?