The juxtaposition of the peeing boy and the Coke bottle – memorable… It strikes me that I’ve always just accepted the spouting cherub/little boy theme; I wonder where it came from? Just an obvious water-emitter, or is there something more to it? Perhaps it ties back to some pre-classical Amanita cult (I’m joking – I think). So, from the Golden Guide – Hallucinogenic Plants, a couple fly agaric pix. A Golden Guide that covers hallucinogens? Wow! I mean, I owned Pond Life, Birds, Reptiles and Amphibians, and a couple other guides, but somehow I missed this title. Is there a Ladybird book equivalent on the other side of the Atlantic, I wonder?

I’ve started to do some research into Airstreams. As a child of the space age, I find these silver pods fascinating – after all, an Airstream served as the quarantine space when astronauts returned from the moon. My current thought is to find an Airstream in the 27′ range, customize the heck out of the interior and maybe, in a few years time, go ‘fulltiming’ for a few years. Key elements of the customization:

I took my first look this past weekend – a 1975 27-footer. I have a lot of learning to do – what to look out for, what systems I’ll need to modify, etc., but a little learnin’ never hurt anyone. So, with this post I’ll inaugurate a new category on the blog – nomadics!

Darren Naish, in his great post on the origins of the domestic dog, writes:

As a rough rule of thumb, the domesticated forms of wild mammal species (1) revert back to wild-type after being feral for a few generations, and (2) readily interbreed with their wild ancestors. If domestic dogs are wolves, then the many populations of feral dogs that live world-wide should theoretically have reverted back to being wolf-like in appearance and behaviour. But they havenâ€™t. Instead, domestic dogs always end up looking like pariah dogs â€“ the relatively small (11-16 kg), socially flexible semi-domesticated and feral dogs of the Old World tropics.

Archaeological data shows that pariah dogs have a stable history, with dog skulls from 4000 year old deposits in Thailand being essentially identical to the modern dingo-like pariah dogs of the area.

A recent post on O&P regarding Heck cattle got me thinking about this point. For those who don’t want to click through, Heck cattle are an attempt to breed back to the extinct ur-cow – the aurochs. The general consensus on Heck cattle seems to be that the attempt was a failure; “once a genetic lineage is gone, it cannot be ‘bred back'”*. My thought on all this is that it seems to show that once genetic material is lost in a population (as a result of domestication) it’s gone – all the king’s horses, etc. Perhaps, then, it’s not shocking that dogs revert to pariah dogs in some number of generations – the genes that would allow reversion to a more wolfy form are just gone from the domesticated dog’s gene pool. To extend the title of the post a bit – border collies are to pariah dogs as Holsteins are to criollos/Texas longhorns? Don’t get me wrong – there are a number of other persuasive points in Darren’s post – I’m just not sure about the ‘won’t revert to wolves’ argument at this point.

I love this word; I always have and I don’t know why.

I’ve always seen it used to mean something like ‘thrown under the bus’ or ‘thrown to the wolves’, often in a political context. Come to find out, the political aspect is extremely important – defenestration (at least originally) refers to an act of dissent/resistance. From Wikipedia’s entry on the two Defenestrations of Prague:

At Prague Castle on May 23, 1618, an assembly of Protestants (led by Count Thurn) tried two Imperial governors, Wilhelm Grav Slavata (1572â€“1652) and Jaroslav Borzita Graf Von Martinicz (1582â€“1649), for violating the Letter of Majesty (Right of Freedom of Religion), found them guilty, and threw them, together with their scribe Philip Fabricius, out of the high windows of the Bohemian Chancellery. They landed on a large pile of manure and all survived unharmed.

A great find while poking around learning about the whys and wherefores of todays word – The Defenestrator – a comic book superhero who carries around a window through which he chucks baddies.

Yesterday Charlie Stross did a web release of his novella Missile Gap. It’s well worth a read – Yuri Gargarin, transcendent intelligences and an ekranoplan! Hopefully, it won’t be giving too much away to mention that I’ve had a ‘social insects’ post rattling around in draft form for a month or so – motivated by the sudden hive collapse that’s been affecting honeybees recently. 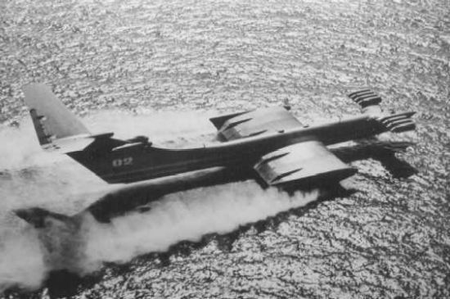 Update – when pondering discworlds, remember – it’s turtles all the way down!

Amy Winehouse’s big hair in the YouTube thang below got me remembering another clip I ran across quite some time ago while looking for Bo Diddley performances. The Originator is my favorite early rock ‘n roller – and he did it all with rhythm (hmmm – a pattern seems to be emerging). This performance has everyone at top form – Bo doing his thing and 3 backup singers (Lady Bo, Duchess and Cookie?), one also on guitar, driving any young men in the audience crazy. Ignore the screaming:

Migratory birds are heading north – the dogs and I flushed a small group of mallards this morning from a vernal pool (vernal lake is more like it) across the street. Two interesting bits of songbird migration info have come over the transom in the past couple days. First, check out this excellent post on songbirds, coffee and the World Bank from the Terrierman (I’m sure many of my visitors also check Patrick’s blog, but if you don’t here’s a reason why you should). Second – via NPR on the drive in this morning – greater noctule bats (Nyctalus lasiopterus) are occupying an unexpected niche – preying on migrating birds as they come north through Europe.

The ability of giant noctules to prey on the wing upon nocturnally migrating passerines appears unique not only among bats but also within the whole animal kingdom. Although carnivorous bats feeding on small-sized vertebrates are not rare, they all live in the Tropics and collect their prey from substrates. The few species of falcons which capture migratory birds along the Mediterranean and African coasts are exclusively diurnal. Finally, owls, as typical night-active predators, never forage in the open space: moving prey is detected from substrates through passive-listening of rustling noises. *

Here’s a link to the paper that is causing the hubbub – right now it looks like the Public Library of Science servers are getting slammed, but when they come back up I’ll likely post an addendum. 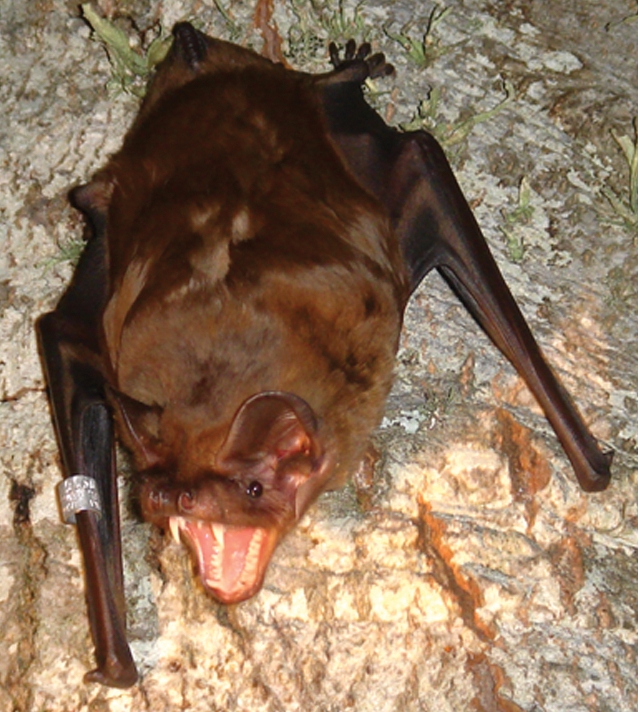 I first heard this song on the radio about a week and a half ago and almost drove off the road – alternately tapping out the beat on the steering wheel and laughing. The backstory is here on Wikipedia – I also guess from the dates on the wiki entry that this is a whole lot of no news for any readers on the other side of the Atlantic. Three things I love about this – the beat (yeah, I know, simple), the growl in her voice, and the tubular bells/chimes. Amy Winehouse sings Rehab:

… or more posts about buildings and food. Some pictures from a trip to Brooklyn my son and I took to attend a new student’s day at Pratt Institute. While in Brooklyn I reconnected with a good friend who I’d fallen out of touch with – we all went out for BBQ and had a good time. I’m sad that E and I haven’t talked in a long time, but very happy that the lull is over.

A couple pictures of what I think counts as the lower end of Park Slope: I liked the odd brickwork and 60’s vibe on this front: And some pictures from the Pratt campus. Great late 19th/early 20th century architecture and a ton of interesting outdoor art (who woulda thunk it – art school and all). There were (and are) people who collected eggs. Not chicken eggs, but eggs from songbirds, raptors, cranes, waterfowl, and they did not collect casually, but voraciously, obsessively. A friend and coworker inherited a collection and he displays it to inform people about the practice and it’s effects. I took a few pictures of a representative sample today. Shed a tear for Martha, the last of a very gregarious species, as she waited out her time in the Cincinnati zoo almost a hundred years ago. Not her’s, but it is a passenger pigeon’s egg: I’m prone to wax a little, well, obsessive over bits of nature and outdoor pursuits; I am relieved to report that this mania does absolutely nothing for me, except to make me sad and a little wistful. Others continue the chase – bah!

Via the Make: blog, I discovered this great post on building a $10 macro photo studio. I liked the idea a lot; I have some gadgets I want to unload via eBay (good pictures help sell) and there are many other things – flowers, shells, bugs, etc. – that I’d like to take decent pictures of. I invested approximately $7, most of which went for a pad of tracing paper, and ended up with: It may not look like much, but I’ve already used it a couple time and even poorly lit (one compact fluorescent on a gooseneck) it does a surprising job. Stay tuned for a few pictures…

Some of my shelves are semi-organized by topic (emphasis on semi). We’ll call this shelf “Hunting Smilodon with a .375 H&H Ruger No. 1.” Afterthought – hie thee over to Strange Maps if you haven’t visited recently. The latest post is A Vulture’s View of Ethiopia – wonderful stuff.